Yesterday, we lost another great American. A man that served his country, and lifted the hearts of his fellow servicemen while in a foreign land. A fellow United States Air Force Sgt that continued to serve his Brothers in Arms, even after taking off the uniform.
On 18 SEP 2003 at Brooks AFB, I had the distinct honor and privilege to listen to him speak about his and his co-workers' efforts to bring home the bodies of those who sadly wear the 6-letter acronym title POW/MIA. He told about his conversations with the family members, who for many years heard very little or nothing at all about the loved one. He was their ray of Hope.
I thanked Sgt Cronauer for his service to our country, while in uniform and afterward. I asked if I get the autograph of the "True" Adrian Cronauer, as I showed him my DVD.  He replied "Sure, but I don't think my autograph is as valuable as Robin's."  I said, "That, my friend, depends on who is holding this DVD."   We both laughed together. 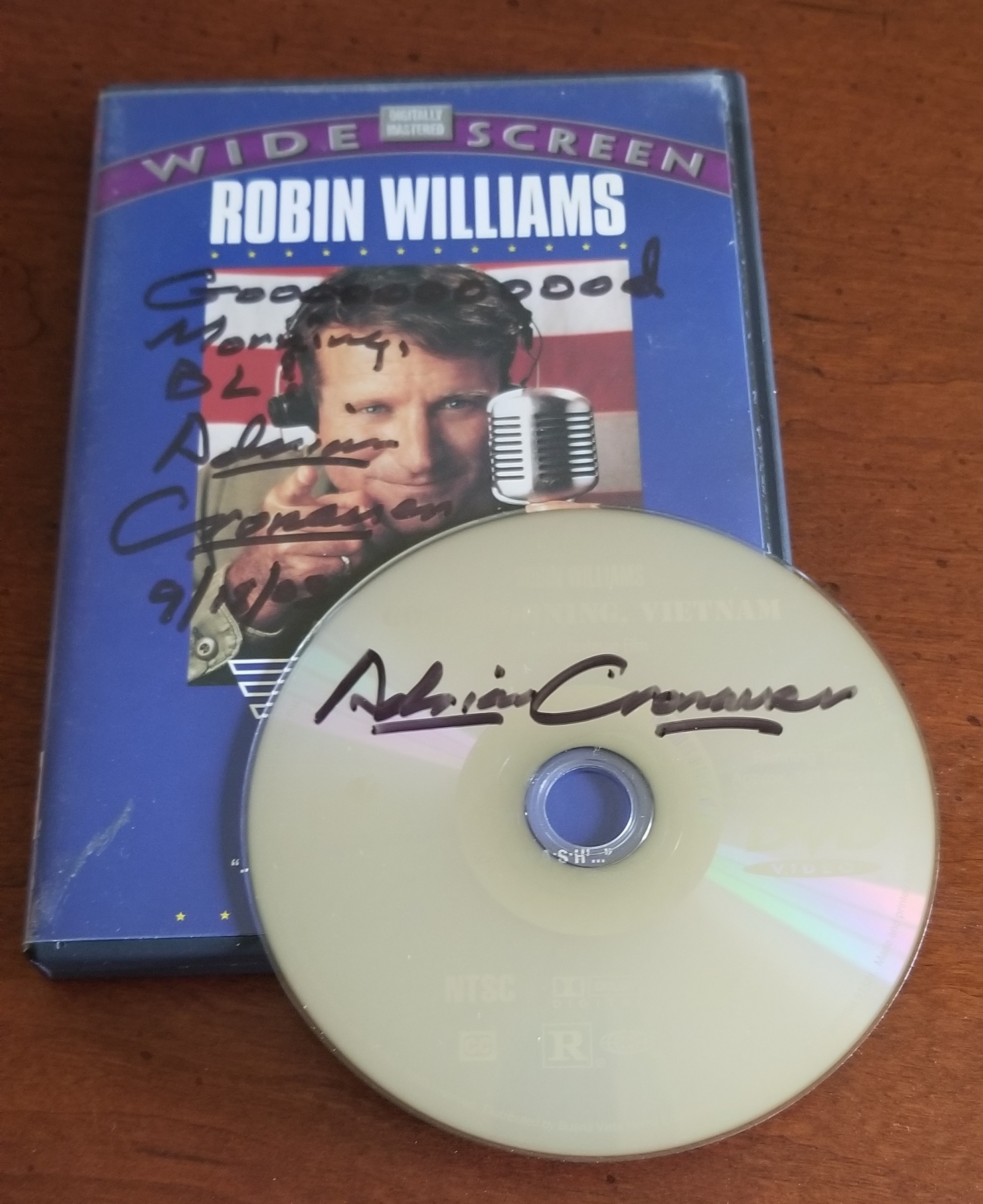 I will never forget that day and will always cherish my DVD of Good Morning Vietnam.

1 guest and 0 members have just viewed this.